Perhaps the definitive version of the indie platformer classic... again 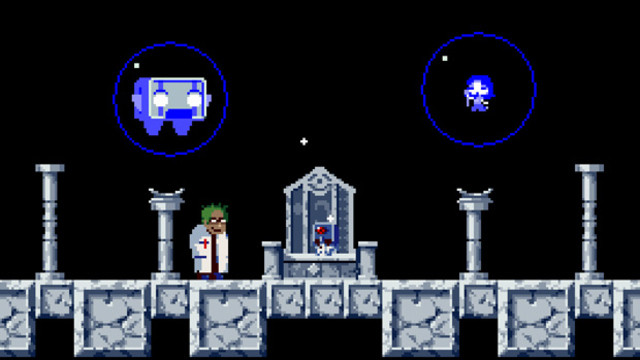 It is almost impossible for someone passionate about video games to have not crossed paths with Cave Story at some point in time since it was released in 2004. It was ported afterward to the DS and Wii online shops in 2010, found a comprehensive Steam release, was remade as a retail game for the 3DS, and then was re-released on the 3DS eshop in a cheaper version with 3D graphics. Cave Story +, the Steam port, permanently lifted the bar and became the standard by which all other versions and ports of the game were judged. It was the definitive Cave Story experience, as it were. Until now. I believe this 3DS e-shop version of the game to be the new standard-bearer.

Cave Story, for those not in the know, was a classic indie freeware platformer developed by one man. Its gameplay is fairly linear, but its focus on revisiting old areas to find secrets recalls games in the Metroidvania genre. The story follows an amnesiac who awakes in a cave and discovers a society of creatures called the Mimiga. The Mimiga are being held captive by a mysterious figure called the Doctor, who wants to use the Mimiga to take over the world. The gameplay is a mix of platforming and run'n'gun, with multiple different weapons that can be obtained through the course of the game. In addition, you meet a girl named Curly, similarly an amnesiac, whose fate depends on your choices throughout the game.

This version has pretty much all of the bonus stuff that was in Cave Story +, including Curly Mode, a boss rush mode, and the Wind Fortress. This pads out an adventure that it already chock full of extra stuff, of course. Cave Story has never been a game that can be experienced entirely in one go.

What sets this version apart from even the excellent Cave Story + is the effective 3D implementation. Considering many environments in the game have multiple layers of depth to them, the 3D really adds a lot of depth in the in-game world. It's not crucial to the gameplay at all (this IS the same Cave Story that people have been playing in non-stereoscopic 3D for years and years), but it does add quite a bit visually. I must also add that the wide-screen view of the game on the 3DS screen is stunning.

The only real flaws keeping this from perfection are the lack of sprite and music options that were found in Cave Story + and perhaps the inabililty to play custom-made maps. These are non-issues for the vast majority of people, though, and this game is, for all intents and purposes, near perfect. Given that this version of the game is the same price as the significantly inferior DSiWare port, if you have yet to purchase a downloadable version of Cave Story there is no reason to not choose this one. This game is a superb value for the money.